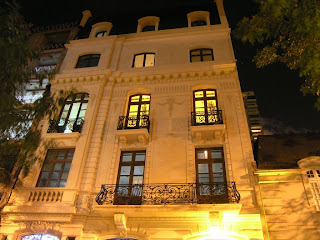 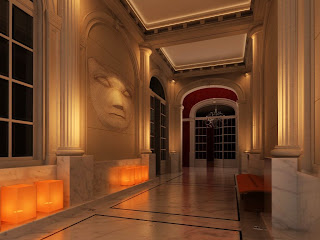 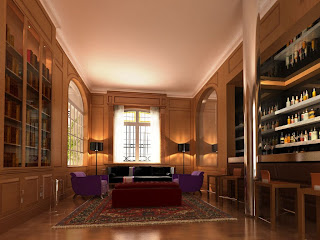 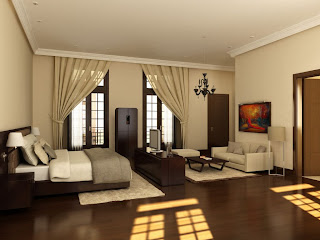 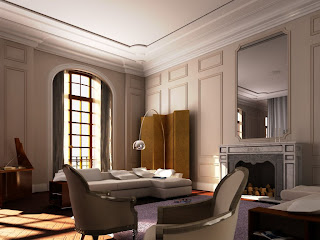 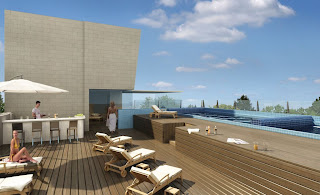 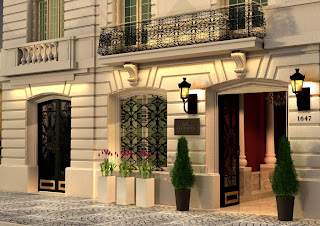 A long time ago Argentina was a wealthy country. Wheat and cattle made the landowners rich beyond description. And that wealth made them travel the world. Of course, the "world" back then was only Europe. Specifically France, considered the place to look for inspiration when it was time to dress, talk, or build. They went and they loved it.
Meanwhile back in Argentina, the Argentines craved living in a city like Paris. The only problem was Buenos Aires was not as sophisticated as Paris. The solution? Tear down the simpler, Spanish style buildings and rebuild, in a French grandiose style. So they built their townhouses, real palaces in some cases, new public buildings, new avenues...everything was magnificent, everything was tres French. And so the cliche "Paris of South America" was born. Oh, La Belle Epoque!
A hundred years later, we see some of those magnificent buildings still around, especially in Recoleta. One of these buildings, a fantastic brownstone (they called them "petit hotels") was sold a few years ago. It was covered for a long time with a scaffolding net with a banner on it. We feared the worst.
But like in a film in which the ending is so good you cannot believe it, once the net was removed we were thrilled to see that nothing happened to the outside of the building. It was the same, only polished and lovingly restored to its former glory.
This building has become Algodon Mansion, a hotel soon to open. The interiors look really glamorous, cosmopolitan, exclusive. With only ten rooms, it almost feels like a private club in London or any international capital. It has a Spa, a restaurant, and the Rooftop a pool like no one else has in Buenos Aires. The architects in charge of the renovation, Heusch Inc., are well known for an impeccable taste. The developers behind this great idea have even bigger, more ambitious projects in Mendoza, the wine region.
We cannot wait for the opening this November. Think, Polo season, warm weather, Buenos Aires is a party. The right time for bringing back La Belle Epoque.
Posted by The Chukker