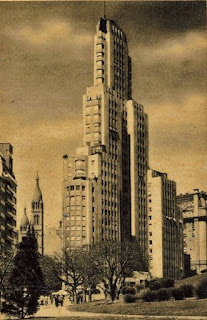 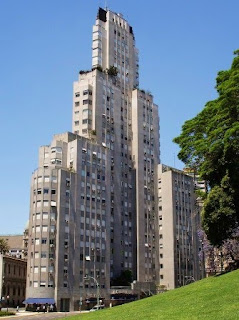 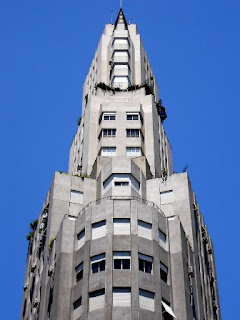 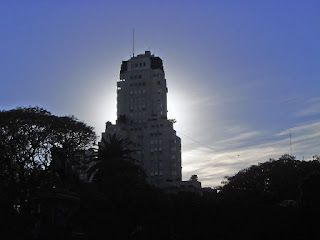 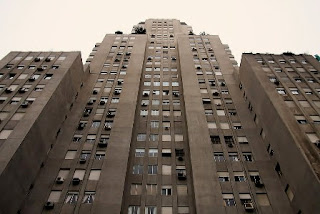 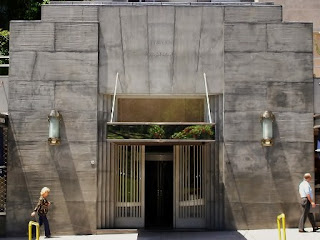 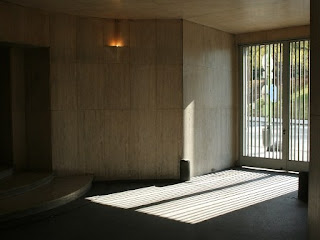 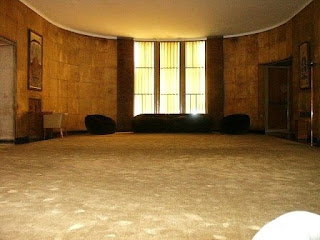 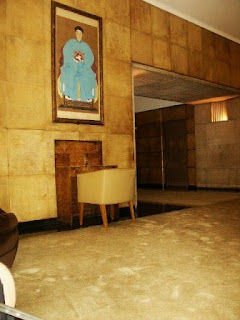 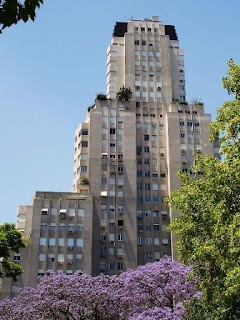 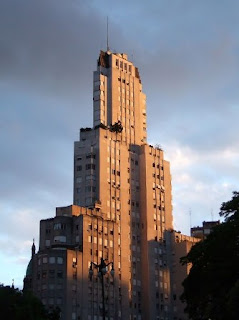 Few buildings in Buenos Aires generate more fantasies and myths than the Kavanagh. Located in Plaza San Martin--one of the most beautiful squares in the city--it was built in the 30's by a wealthy lady called Corina Kavanagh. She commissioned the award winning firm Sanchez, Lagos y de la Torre in 1934 to design the tallest structure in South America at the time. It was finished in 1936 after she sold two of her most profitable farms to finance the construction.

Legend says that the location of the building was decided by revenge...Apparently, one of Corina's daughters--from a well-off but sort of "nouveau riche" family--fell in love with a son of the Anchorena family (wealthy beyond description and extremely conservative). The Anchorenas--of course--did not approve the engagement. They lived in front of the Plaza San Martin in a magnificent mansion, and they had built a church across the square so they could see it from their house--a very catholic family indeed. Corina (furious!) decided to block the view and bought the land where the Kavanagh stands, right in front of that church...

Fiction or not, this building is one of the finest in the city. Stepping into its lobby is like going back in time. Nothing has changed in over 70 years. Luxurious materials everywhere: parchment on the walls--they say Jean-Michel Frank decorated the lobby...maybe another legend?--as well as marbles, Lalique crystal, precious woods and bronze make this place the most elegant and chic Art Deco room in Buenos Aires. No doubt about it.

Posted by The Chukker