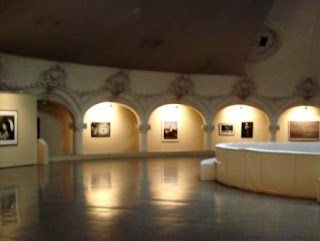 We were invited to the fifth edition of Buenos Aires Photo --the fair dedicated exclusively to photography-- which opens its doors to the public on October 28Th.


This is a particularly interesting event held every year at the Palais de Glace, a former ice skate rink built in 1910 that became an exhibition center later on. In addition to the art dealers from Argentina--a great number really-- this year there are galleries from seven countries showing the best works of their star photographers.